These chapters cover the story of the “quiet revolution” in nuclear strategy from Ronald Reagan to George H. W. Bush, the end of the Cold War, arms control during the Clinton administration and the emergence of “new threats,” the impact of 9/11, and the prospects for nuclear weapons and nuclear deterrence.

The “quiet revolution” is a fascinating account of the internal debates and decisions over nuclear targeting policy during the 1980s and early 1990s, sparked by the concern of civilian and military defense officials that strategic targeting at was getting out of control. Following assumptions about damage expectancies that were quite severe, SIOP planners argued that “we did not have enough warheads” to destroy threatening targets. General Lee Butler (the last commander-in-chief of the Strategic Air Command), among others, concluded that “something was quite wrong here.” Recognition of these problems led to major reform during 1985-1988 so that nuclear war plans actually reflected presidential guidance. Further changes, including more “reasonable damage expectancies,” took place under Secretary of Defense Richard Cheney during the early 1990s. Of particular interest is the coverage of Trident II whose ballistic missile took on counterforce missions, thus adding to the lethality of U.S. strategic forces.12 As Harold Brown observes, Trident II RVS had a “fair chance of destroying land-based missiles and bomber bases” in 15 minutes.

The impact of ABLE ARCHER ’83, a NATO nuclear command post exercise, is central to the coverage of the end of the Cold War. According to the narration, the Soviet “overreaction” to what was considered a routine NATO operation had a “sobering” impact on President Reagan, who began to drop his combative rhetoric during and after 1984. The real impact of ABLE ARCHER on Moscow remains a matter of debate, but there is no question that after the war scare of the early 1980s, détente got “back on track.”13 Nevertheless, Reagan’s commitment to SDI complicated the relationship with the new Soviet leader Mikhail Gorbachev, undermining any possibility for sweeping arms control proposals discussed at Rykjavik in 1986. Significantly, the narrative cites Gorbachev’s support for nuclear abolition, but Reagan’s parallel interest in abolition and his Zero Ballistic Missiles proposal are never mentioned.

With the events of 1989-1991 bringing the Soviet Union and the Warsaw Pact to an end, “Changing Priorities” led to restructured nuclear forces and reorganized command structures as well as new strategic arms control deals with the Russian republic. The “Emerging Threats” chapter also chronicles restructuring: the Nuclear Posture Review, the ending of underground nuclear tests, and the closing of obsolete and hazardous fissile materials production facilities.

“Emerging Threats” also recounts emerging concerns about ballistic missile and other threats from “rogue states.” After citing the 1998 Rumsfeld Commission report on prospective ICBM threats from Iran, Iraq, and North Korea, the narrator declares that a North Korean missile test three weeks after the report’s publication “dramatically confirmed the Commission’s findings.” This is a debatable claim about an alarmist report which concluded that Iran and North Korea “would be able to inflict major destruction on the U.S. within about five years of a decision to acquire such a capability.” Plainly, the Iranians and Koreans have needed more than 5 years to acquire an ICBM capability.14 This is an issue where the Sandia history would have benefited from multiple perspectives instead of ex cathedra statements.

The last two chapters “New Context for Deterrence” and “Strategic Redirection” overlap, with both covering developments during the early George W. Bush administration and the role of nuclear weapons and deterrence. “New Context” has interesting interview excerpts, e.g., Robert McNamara on “no role for nuclear weapons except to deter,” General Butler on the “half century tradition of non-use of nuclear weapons” (one of the few references to the “nuclear taboo” concept), and General Ellis’s contrasting view that nuclear weapons will “lose their deterrent value if they can’t be used.”

Some statements demonstrate the risk of including predictions in an historical documentary. Frank Miller, then serving as a White House adviser, asserted that the 2002 Moscow Treaty on Strategic Offensive Reductions “would be [the] last treaty that would be central to US-Russian relations.” The centrality of the recent New START Treaty to the Moscow-Washington relationship can be debated, but it demonstrates that the Moscow Treaty was not the “last” important arms control treaty. A statement by Linton Brooks that he’s “not worried about arms races anymore” also sounds overconfident.

“Strategic Redirection” focuses on the implications of 9/11 for deterrence looking at such issues as whether non-state actors or rogue states can be deterred, as well as the direction of relations with Moscow and Beijing (e.g., whether China will be a “status quo” or “aggressively upwardly mobile country”). The question of preemptive and preventive options gets examined and so does the possibility of substituting advanced conventional weapons for nuclear weapons. Robert McNamara and Randall Forsberg suggest that the Bush administration’s position on nuclear weapons invited further proliferation: “we will maintain our weapons in perpetuity, but you don’t need them (McNamara).” Not surprisingly, the film concludes affirming the status quo, with Frank Miller implying that nuclear deterrence is necessary and will be available as long as the United States has the “policy, plans, forces, the wherewithal to carry out the plan, and the will to do so.”

It is worth noting that some of the documentary’s interviewees, including Lee Butler, Randall Forsberg, and Robert McNamara, have been (or had been) outspoken proponents of nuclear abolition, but any statements they may have made about that to the interviewer (and it would have been surprising if they had not) are not included (there are only hints). It may have been difficult for the producers to include such testimony because it would have been inconsistent with the documentary’s purposes and U.S. policy at the time it was produced. Yet two years after the film was produced the “Gang of Four “(Henry Kissinger, George Shultz, William Perry, and Sam Nunn) published their abolitionist op-ed in The Wall Street Journal and in 2008, the victor in the presidential campaign supported that goal. If the film had been produced more recently, Sandia may have felt obliged to take this issue into account.

12Lynn Eden, “The U.S. Nuclear Arsenal and Zero: Sizing and Planning for Use – Past, Present and Future,” in Catherine McArdle Kelleher and Judith Reppy, eds., Getting to Zero: The Path to Nuclear Disarmament (Stanford, CA: Stanford University Press, 2011).
13See for example, Vojtech Mastny, “How Able Was “Able Archer”? Nuclear Trigger and Intelligence in Perspective,” Journal of Cold War Studies 11 (2009) http://muse.jhu.edu/journals/journal_of_cold_war_studies/v011/11.1.mastny.html
14Greg Thielmann, “The Missile Gap Myth and Its Progeny,” Arms Control Today (May 2011) http://www.armscontrol.org/act/2011_05/Thielmann

These materials are reproduced from www.nsarchive.org with the permission of the National Security Archive.

‘Geopolitiek in context’ succeeded ‘Geopolitiek in perspectief’ where Paul Lookman has been writing on international politics since 2010. Further details are available here. 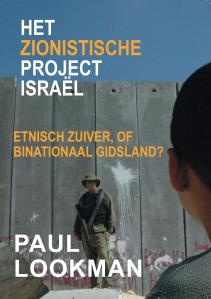 Malaysian Airlines Flight 17 (MH-17), that was shot down on July 17, 2014 in the Donbass region of Eastern Ukraine, killed all passengers onboard and was immediately blamed on pro-Russia Donbass volunteer militias fighting against henchmen of the Maidan civil unrest, the Neo-Nazi Azov Battalion and the Ukrainian military. The blame was assigned against the Donbass militias with no investigation occurring and many questions remaining unanswered.

The whistleblower in the 39-minute documentary completely delegitimizes the findings found by the Dutch investigators and world leaders by drawing on classified documents he attained through his own high-ranking position and those close to him, as well as eye witness accounts including from the Donbass volunteers.

For more than seventy years, daily life for Palestinian Arabs has been about the struggle to take back their land, and their destiny, from Israel.

What’s the real plan with Iran?

The Middle East has always been a sandpit for military powers to fight their proxy wars. The latest country to be threatened to have Western democracy visited upon it is Iran.

But after decades of casual violence and conflict, Western interests are now no longer able to topple regimes with impunity, and then exploit their natural resources – and citizens in the West will no longer tolerate deathly Middle Eastern foreign policy.

So are we at a turning point?

Will the presence of other actors in the region now change the balance of international power and perhaps begin a new chapter of peace and economic progress?

Host Ross Ashcroft is joined by the journalist and Middle East based commentator Sharmine Narwani to discuss how Iran and the Middle East is reshaping the world order.

“I wish to resign and cease considering myself a Jew.”

…In fact, our relation to those who are second-class citizens of Israel is inextricably bound up with our relation to those who live in immense distress at the bottom of the chain of the Zionist rescue operation. That oppressed population, which has lived under the occupation for close to 50 years, deprived of political and civil rights, on land that the “state of the Jews” considers its own, remains abandoned and ignored by international politics. I recognise today that my dream of an end to the occupation and the creation of a confederation between two republics, Israeli and Palestinian, was a chimera that underestimated the balance of forces between the two parties.

Increasingly it appears to be already too late; all seems already lost, and any serious approach to a political solution is deadlocked. Israel has grown used to this, and is unable to rid itself of its colonial domination over another people. The world outside, unfortunately, does not do what is needed either. Its remorse and bad conscience prevent it from convincing Israel to withdraw to the 1948 frontiers. Nor is Israel ready to annex the occupied territories officially, as it would then have to grant equal citizenship to the occupied population and, by that fact alone, transform itself into a binational state. It’s rather like the mythological serpent that swallowed too big a victim, but prefers to choke rather than to abandon it…

In the Jewish state, there is no remnant of the biblical injunction to treat the minority or the stranger with justice. There are no more Jews left who marched with Martin Luther King or who sat in jail with Nelson Mandela. The Jewish state, which Israel insists the Palestinians recognize, must first recognize itself. At the end of the day, at the end of a terrible week, it seems that a Jewish state means a racist, nationalistic state, meant for Jews only.
Gideon Levy, 6 July 2014

Must read: “A People’s History of the United States”

Two versions of this great work by the late American historian and political scientist Howard Zinn are online: a full version and a summary. Audio and video material is also available. For full details, please refer to the article ‘Must read: “A People’s History of the United States”‘ of October 8, 2010.